Where You Surf Conditions The Type Of Surfer You Become

Did you know that the beach that you regularly surf significantly contributes to the surfer you become. As a result of this home beach “conditioning effect",  surfers become strong in some areas of their performances and not others. 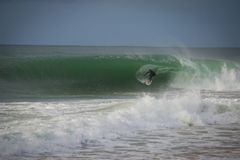 Attitude – The Key To Better Surfing

Better surfing just doesn’t happen, it takes focus and perseverance, as amongst the successes a surfer experiences along the way, frequent failures are also all too real. 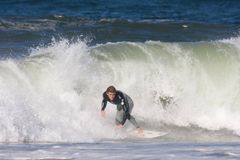 The Simple Secret to Surfing Success

The perfect body position to assume when landing advanced manoeuvres is a chest over front knee body body position. 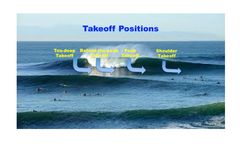 Breakdown in “Flow” when surfing

Flow in surfing terms is when a surfer rides a wave from start to finish without hesitations or stoppages. Where a surfer performs a series of manoeuvres with speed during and between the manoeuvres attempted. It’s also a major component of really great surfers, and can be the point of difference in scoring terms when they compete. Think of the Kelly’s and Steph’s in the world. Not only can they perform great moves, but they look beautiful at the same time because of the flow they display. 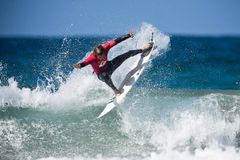 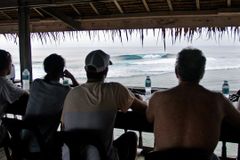 Many fans of the sport of surfing don't understand how surfers get their scores when viewing surfing competitions. The judges do adhere to a criteria, but this criteria is subjective and is flexibly applied depending on the competition's location and waves being ridden on any particular day. Some Waves Should Never Be Ridden

Another way to think about catching good waves is to understand that some waves just weren’t meant to be ridden. That’s right, the wind or storm that created them, coupled with the bottom contour of the beach where they eventually break, didn’t give them the combined characteristics to make them worth riding.